Fibromyalgia is a disease that attacks a part of the cell and damages energy production, resulting in inflammation and muscle aches. It mainly affects women and is characterized by intense pain when pressing certain body parts. 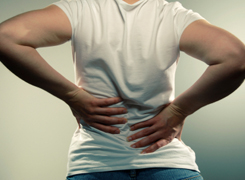 A new study showed that fibromyalgia may be relieved by hyperbaric oxygen therapy. In the research, 48 women with fibromyalgia were invited to participate in a hyperbaric oxygen therapy. Most women said that their pain and other symptoms decreased significantly. Treatments were administered five times per week, increasing the flow of oxygen to body tissue, which improves healing.

The use of the hyperbaric chamber in the case of fibromyalgia is very useful because by increasing the intracellular oxygenationat mitochondria level we produce energy better. The hyperbaric chamber has anti-inflammatory effect of reducing edema and congestion that also greatly reduces symptoms pain.