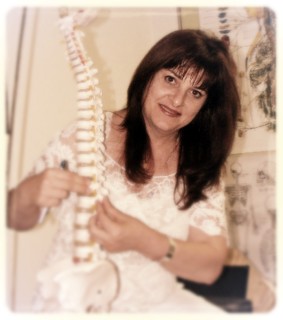 My personal “Body Stress Release” journey started in 2011 when my nephew was seriously injured in a hit and run one night.  His injuries were of such an extent that we did not know if he would survive the night.  The impact was so severe, his femur was broken, he broke 5 ribs, the left side of his face (cheek bone and frontal bone) was crushed.  His jaw was broken and all the teeth were broken out of the bone.  The impact split the pallet (roof of his mouth) in half.   He had bleeding and swelling of the brain, and it was not certain at the time if his brain function had already been compromised.  Doctors’ prognosis was not good and we were told to prepare ourselves for the worst and that we had to wait and see what happens from hour to hour, and there after from day to day.

He was on breathing tube in an induced coma, part of his skull had to be removed of course to prevent any or further brain damage.  Once they stabilised him they slowly started putting him back together again and that meant rebuilding his face and his leg and he was left with a lot of nerve damage and of course a big hole in his skull that remained open for a full 4 months before it was closed again.

After coming out of the coma, he could hardly speak or move his muscles.  He was taken into a trauma recovery centre where he had to learn to talk, walk and control his muscles again.  There is only so much that could be done and then he was sent home.

As a parent, your child’s suffering is your own, and you will investigate and try anything to help your child fully recover.  My sister happened to come across this modality called “Body Stress Release” and book his first sessions.   He arrived at his first BSR session in a wheelchair.  The technique was so gentle that he did not expect much to come from it.  After a few sessions he had more movement in his arms and legs and some of the nerve pain started easing up.  He eventually arrived on crutches and slowly but surely made his way to full recovery.  BSR and his will to recover played a pivotal role in the fact that today he is a normal 22 year old left with a few scars but enjoying life to the fullest.  A true miracle story.

I myself suffered from lower back pain, daily headaches, sore and stiff neck muscles and the migraines were debilitating.  After years of trying many things to end my headaches and reaching a point of accepting that I had to live with the pain.  Through my sister I finally found “Body Stress Release”, it resolved many issues and brought immense relief in the frequency and intensity of my headaches.

BSR brought so much healing to our family alone, and the success stories kept coming.  I had this want and need to make a difference in this world and I knew that I wanted to be a BSR Practitioner.

I am truly humbled and feel honoured to be part of something that changes so many lives for the better on a daily basis.